I am a sucker for anything paper and this is why I chose the Composition Notebook Kickstarter from designer Aron Fay of Pentagram who set out to redesign the classic composition notebook which has been around in its recognizable marble form since the early nineteenth century. Fay set out to recreate the iconic notebook into a sophisticated and elegant device for the modern day human. His result is a striking minimalistic design, with some ruled and some unlined sections of the book. When opened, it has the ability to be laid flat on its spine for easier use. The paper is also thicker than normal paper in composition notebooks, allowing for a wide range of pens and pencils, perfect for the 21st century. 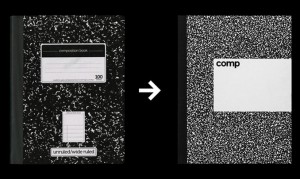